How To Prepare for a BJJ Tournament if Competing Terrifies You

I try to find comfort in the fact that many sports legends fear the sport they’re actually good at (not to imply that I’m any good). Bill Russell, Boston Celtics legend, used to throw up before every single game. So does Olympic skier Mikaela Shiffrin. Yet they still prevail.

While I’ve never taken it that far, there’s no question butterflies in my stomach have a freaking kegger in there. It’s so bad that when I arrive at a tournament, I’m jealous of the people who are leaving because they’re already done (even if they lost).

However, even with all those nerves, I still do *fine* at tournaments. Did I just say “fine?” Yes, yes I did.

What I mean is that while I am not a dominant competitor, I’ve still won some gold medals at some good tournaments against some very talented competitors. I didn’t win them all, but I didn’t lose them all either. I’m telling you this because succeeding in the face of doubt isn’t a trait that only elite grapplers have. Doubt does NOT equal lack of success. Sure, it can affect how well you perform, but don’t think that because you get that sinking feeling in your stomach every time you compete that you’re destined to never win a single match.

So I did *fine.* And I did it all with that voice is in my head, called the Lizard Brain as popularized by Seth Godin, screaming at me. It tells me that I’m not good enough. It tells me I didn’t train hard enough. It points out my opponent is taller, heavier, faster, or more determined than me. For us BJJ enthusiasts, there’s nothing a Lizard Brain likes more than a good BJJ tournament to mess with our minds. Yet even with it, we can still prevail.

Here are six things (in no particular order) you can do to put your mind and body in a position to succeed at a BJJ tournament (including how to take down that damn Lizard Brain).

1. Get to the tournament with MORE than enough time to prepare so you’re not rushed.

As a tournament organizer, I can’t believe how many people arrive at the very last minute (even though we tell them to be there 90-minutes before their division starts). There’s nothing worse than rushing to put your Gi on, weigh-in, and run to your mat with no proper warm-up, hydration, etc. “But Jon won’t getting there early just force me to dwell upon my impending doom even longer?” Yes, it could, but I promise you, worrying about missing the start of your division is far more detrimental than any amount of self-doubt.

*The less logistics you need to worry about, the more you can focus on your path to victory. Eliminate unnecessary concerns.

2. Cut weight properly. Or rather, don’t cut weight at all.

I’m not going to judge you if you’re cutting or not cutting. I’ve done both. But I can point to very specific instances where I was sucked out and by the time we slapped hands, I had no energy. When your energy is depleted, it makes it WAY easier to simply give up, to tap when the submission isn’t really there, accept passes, or give up on pursuing passes or sweeps that were almost successful. Even if you’re mentally strong enough to overcome those, you may not be strong enough to fight through the pain of cramps or muscle pulls due to dehydration. Again…eliminate the unnecessary worries.

3. ONLY think about the fact that you’re going to WIN the division. Dismiss any thought to the contrary.

This is where we address that Lizard Brain we were talking about earlier—the voice telling you that you won’t win. The voice is very real, but what it’s saying…not so much.

The Lizard Brain wants to protect you, but there is no risk in convincing yourself that you’ll win. Because even if you do all that convincing and don’t win, you’re still exactly where you would have been if you had doubted yourself and lost. It’s not like you took an ad out in the New York Times telling everyone you’re going to win.

So whenever those negative thoughts creep in, you need to detect them, interdict them, and change them to something positive (simplified from Mark Divine’s “DIRECT” process as described in “The Way of the Seal” which I highly recommend).

Lizard Brain: “This guy trains at [well known school]”
You: “So he’s never lost, ever?”
Lizard Brain: “He’s bigger”
You: “He’s slower and will gas quicker”
Lizard Brain: “You’ve never won a division”
You: “Good. That will make today’s victory even sweeter”

The power of positive self-talk is real, but it’s not about lying to yourself. It’s simply about reframing the discussion. Or rather, “starving” the negativity in your mind by not letting it linger for even a second. Instead, feed the positive wolf.

This is one tactic that I wish I implemented earlier in my competitive BJJ career. It’s actually criminal to compete in a tournament without a game plan. Don’t get it confused with a script. Of course, anything can and will happen in a BJJ match. But a lot of the fear of competition comes from uncertainty, and having a game plan at least convinces your brain that you know how the match will unfold. Also, it gives you the opportunity to strike without the delay of decision making. If you’re arguing with yourself as to whether or not you’ll try to pull guard or go for the takedown, you’re going to allow your opponent to get the jump on you. Every time you reset standing, the game plan starts again.

This goes hand-in-hand with having a game plan. Literally envision the entire match…from the moment you are called to the ring to the moment the referee raises your hands in victory. Do this not only in your mind but in training too. Walk through the “perfect match” with your training partner, and do it over and over again.

I actually saw Judo Olympic Gold Medalist Kayla Harrison do this. In an interview during the Olympic broadcast she literally narrated exactly what was going to happen, not just in the finals but in every single match she was going to fight. Low and behold, it happened just like she had envisioned it and she went home with gold.

6. Pay no attention to your opponents.

I constantly found myself looking around the bullpen, wondering who was in my division and more importantly, who I would face first round. But that’s also irrelevant. You are there to use your mind and body to execute YOUR game plan, regardless of who the opponent is. You can’t control what they do. You can only control what you do as you implement your attack or counter theirs. Don’t let your Lizard Brain size them up.

*Remember that you don’t have to fight everyone in your division either. An 8-person division is a pretty healthy size, but that’s only 3 fights for gold. If you only had 3 rolls at an open mat you’d be super bummed and feel like you didn’t even get a workout.

One thing I’ve always realized about competing is that once we slap hands, all the nerves disappear. I’m back in that familiar place of BJJ, where my day’s worries disappear and all I can focus on is the task at hand. I’m no longer worried or anxious. One would assume that the actual match is where all these feelings boil over like a volcano erupting, but instead they recede…or rather, they vanish all together. By the time I’m done competing, win or lose, I’m looking up when the next tournament in town is so I can do it all over again.

I hope this was helpful. This list is by no means exhaustive, and I’d urge you to check out some other great resources on the topic that may take a different approach or have different ideas than I do.

Regardless, I truly believe competing at a BJJ tournament is the most effective tool to help you improve your game. It both builds confidence and exposes your weaknesses. It also gives you a renewed sense of purpose in the training room. I’ve certainly been upset at my performance at certain tournaments, but I’ve never regretted competing. It’s always worthwhile.

If you’re looking for a great tournament experience, please check out our tournament schedule and join us at a Tap Cancer Out BJJ Open near you! 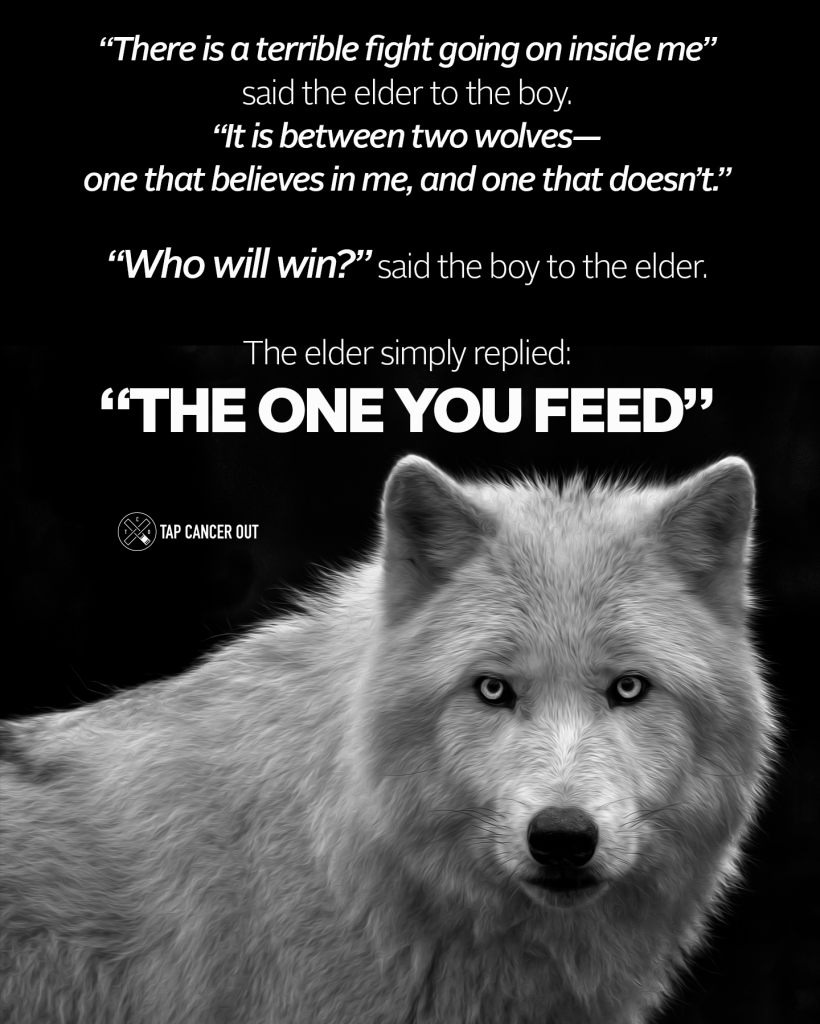